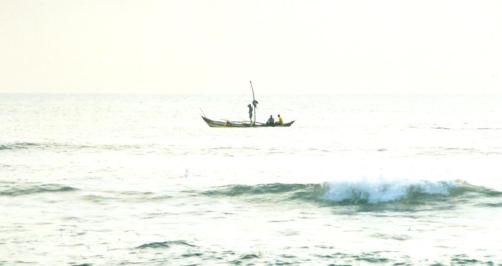 Inderjit Singh Bhogal is a leading Theologian and Methodist Minister. He retired in 2018 and is currently working with Churches Together in Britain and Ireland to develop and promote the idea of Church of Sanctuary.  He is founder and President of City of Sanctuary, a former President of the Methodist Conference and former Leader/CEO of the Corrymeela Community and former CEO of Yorkshire and Humber Faiths Forum.  Inderjit is also President of the Methodist Peace Fellowship.

Since 1994, Inderjit has served as minister with Upper Wincobank Undenominational Chapel in Sheffield.

Inderjit was born into a Sikh family in Nairobi and came with them in 1964 to live in Dudley, West Midlands. He took his first Degree in Manchester and then his Masters Degrees in Oxford and Sheffield.  Inderjit lived in Wolverhampton for 8 years where he helped to establish one of the first interfaith groups in UK and was Co-ordinator of the Group between 1984–1987. Inderjit then lived in Sheffield where he worked in Multi-Faith inner city contexts. He established a Christian–Muslim Group out of which grew the Sheffield Interfaith Group. He has also organised Christian–Muslim Peace walks in the City. Inderjit helped to start Sheffield’s ‘Homeless and Rootless at Christmas’ (HARC) project. This has since involved several hundred volunteers.

Inderjit is the founder and President of the City of Sanctuary movement.  Sheffield was the UK’s first City of Sanctuary with support from over one hundred local organisations and the Local Council.  Inderjit has also worked as Director of the Urban Theology Unit and Consultant Theologian for Christian Aid.  Inderjit is Chair of Touchstone, Bradford, and Chair of Methodists for World Mission.

He is a Patron of many organisations, including the Bradford ‘Churches for Dialogue and Diversity’. He has been a member of the Race Equality Advisory Panel [Home Office] and a Trustee of the Multi Faith Centre at the University of Derby where he was also a member of the Governing Council.

Inderjit is recipient of the World Methodist Peace Award [2018].

He was awarded the OBE in the New Year’s Honours List 2005 for his work in Inter-Faith relations. Inderjit is passionately committed to the achievement of racial justice, Inter Faith dialogue and Humane Migration Policies and Procedures.

A Little Note From Inderjit

In attempt to ‘get online’, I am developing the website with help from my son.

You can also find my social links in the bottom right of the webpage.

Inderjit has been posting in his blog throughout the Coronavirus Pandemic.  Visit the blog to read his reflections and prayer.